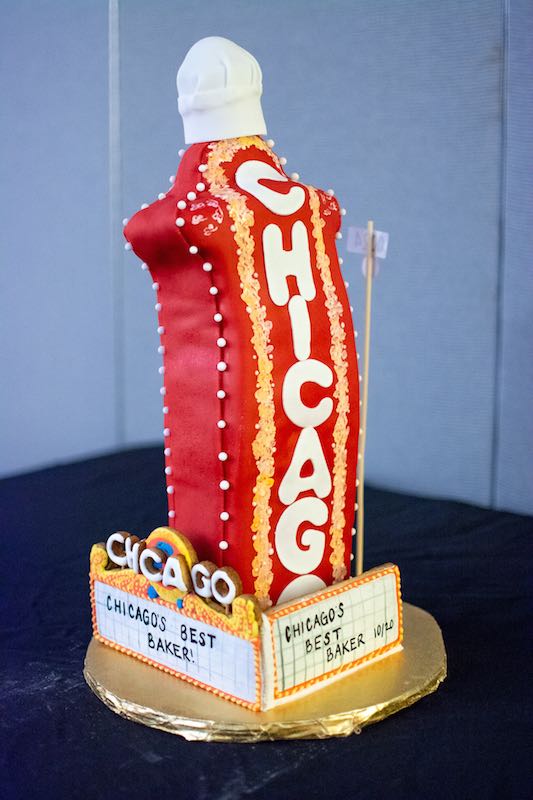 Chicago’s Best Baker 2018 has been found and her name is Carolyn Berard!

Here is the list of the winners in each category:

On Saturday, October 20, 2018 a group of bleary-eyed and exhausted bakers gathered in the Auditorium of the Wilson Abbey to drop off their baked goods for the first annual Chicago’s Best Baker Contest. From shopping bags, cardboard boxes, and plastic containers they pulled out the cookies, pies, cakes, and other assorted goodies they had been planning for and baking over the past week. 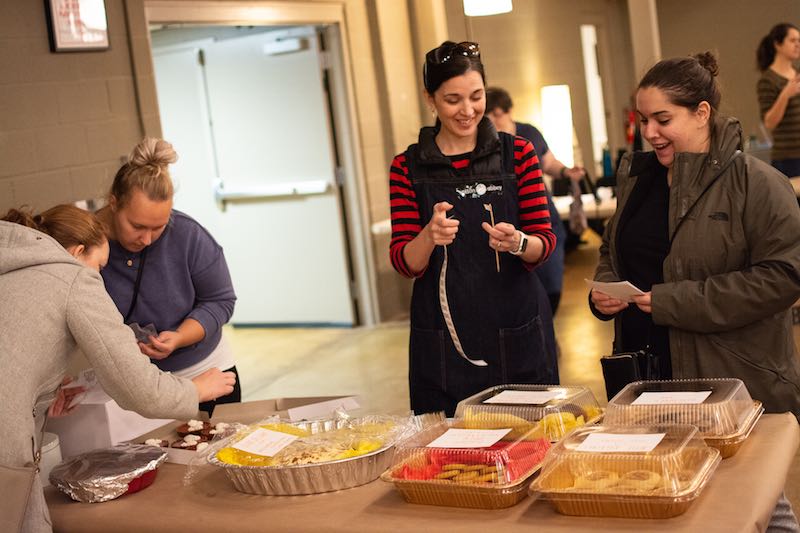 The volunteers tasked with sorting and numbering all of this homemade wonder broke into cheers and spontaneous applause as each item was pulled out and loaded onto the tables for display. The contest was underway! 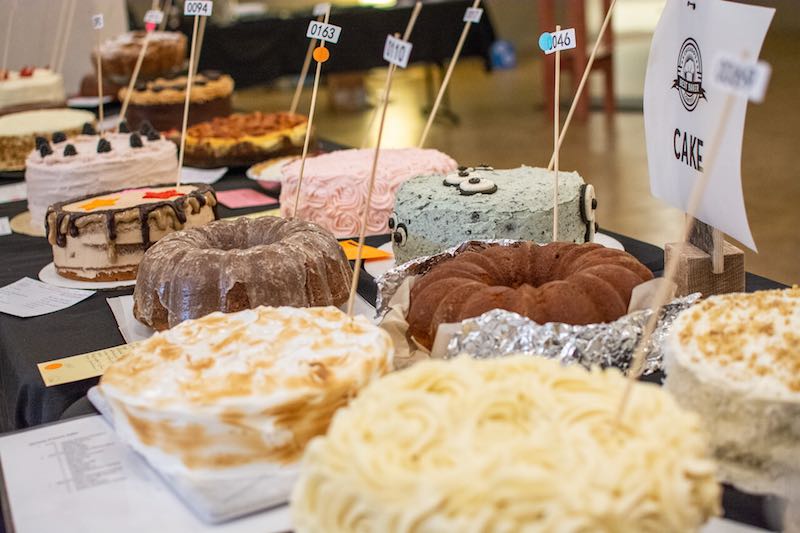 Then the judges (Erin Patsiopolis from the Chopping Block, Arshiya Farheen from Verzenay Patisserie, and Robert Wongkamalasai from pHlour Bakery) arrived and looked, wide-eyed, at the loaded tables full of things they had to taste. 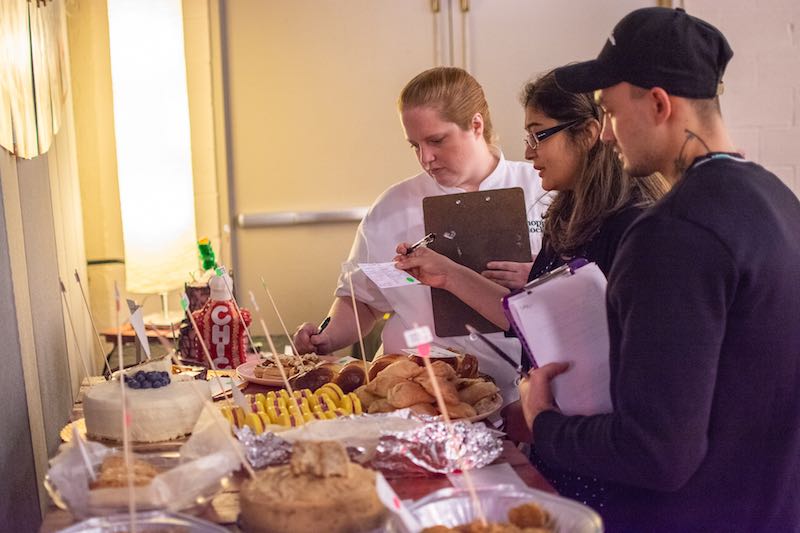 There were thirty one types of cookies, let alone cakes, pies, international baked goods, pastry, bread, and showstoppers. The judges seized their knives, forks, and plates and got to work. After three hours of tasting and numerous discussions, they figured out the winners and retired in a sugar coma to the Judges Room to recover.

And that is when the crowd arrived. 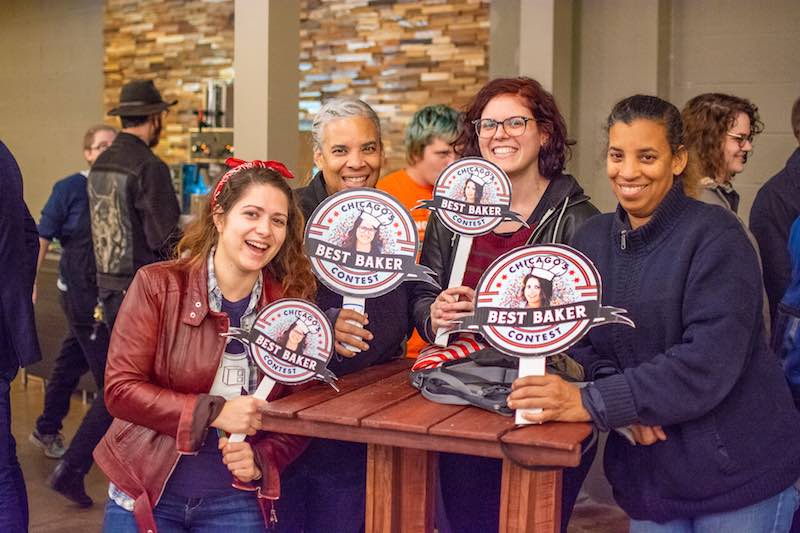 For the next couple of hours, excited Chicagoans circulated around the groaning tables, deciding which tastings to sign up for and which baked goods were worth the stomach space – so many tempting items, each lovingly crafted by Chicago’s finest amateur bakers – how to choose? 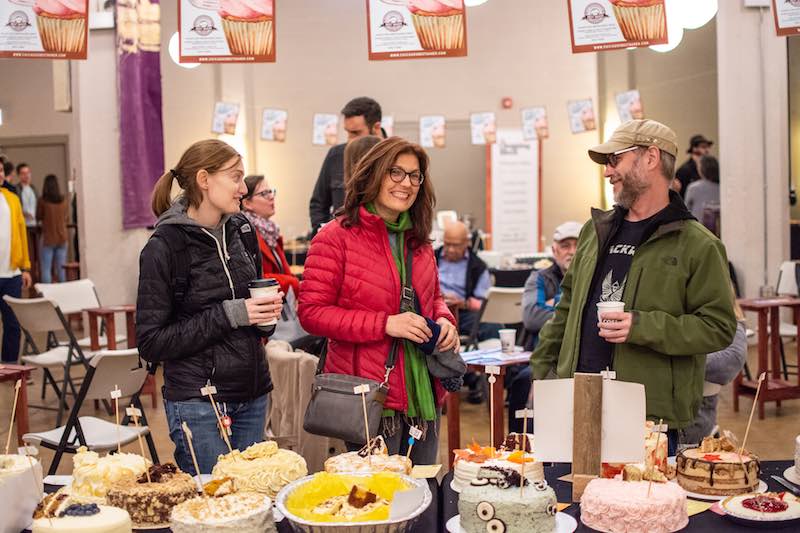 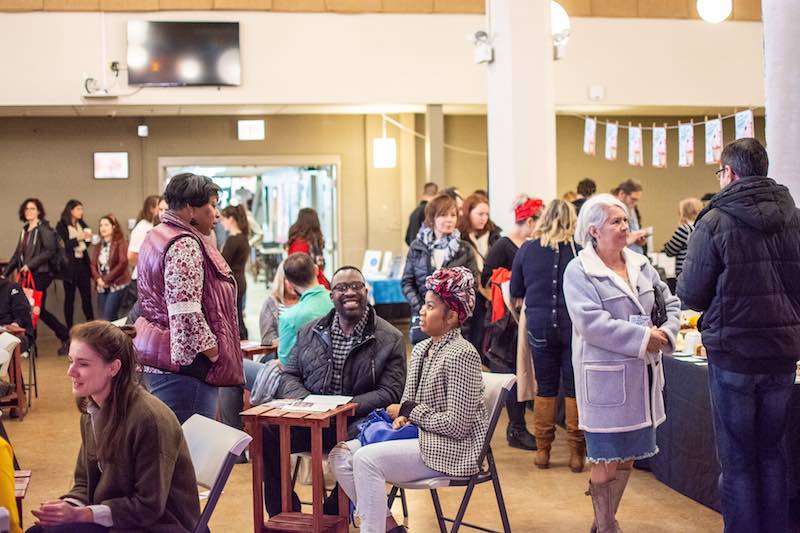 Meanwhile, Chef Erin Patsiopolis did a live demonstration on the stage of how to make Choux Pastry.

Then all of the judges and the master of ceremonies went up on the stage and announced the winners in each category, calling the first, second, and third place winners onto the stage to receive their award and have their ribbon rosette pinned to their shirts. 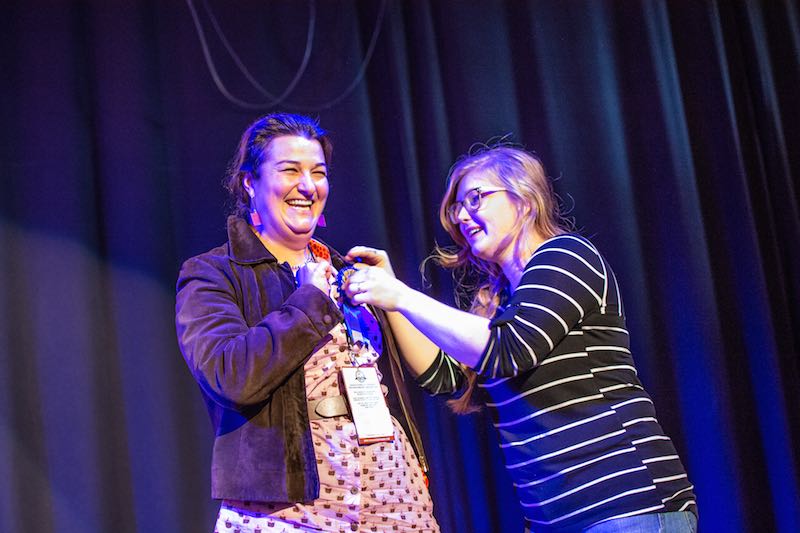 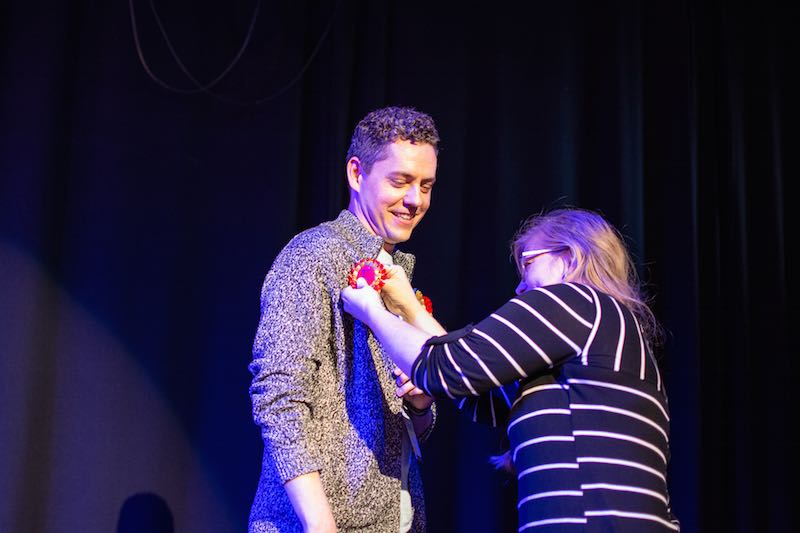 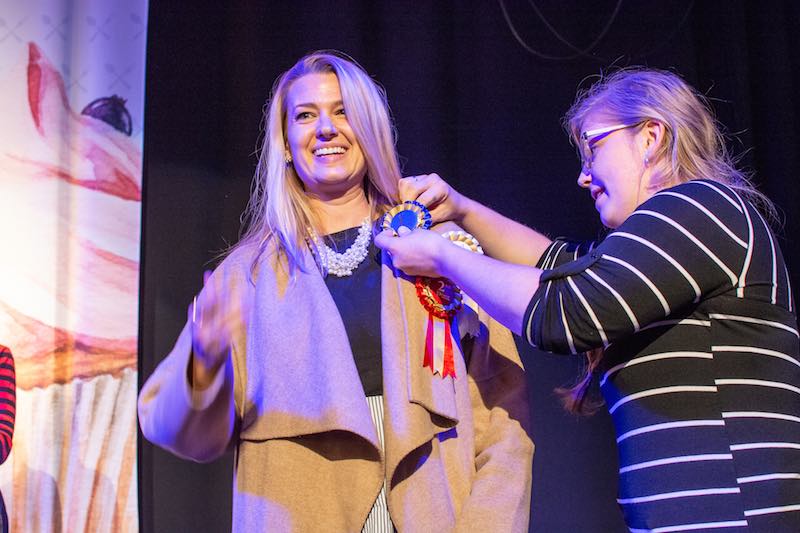 Some of the winners returned to the stage repeatedly, gathering several ribbons as the announcements were made. And then it was time for the main award, given to Chicago’s Best Baker 2018. In the end, Carolyn Berard, who brought six items that the judges enthusiastically endorsed for the win, received the title and the engraved cake plate. 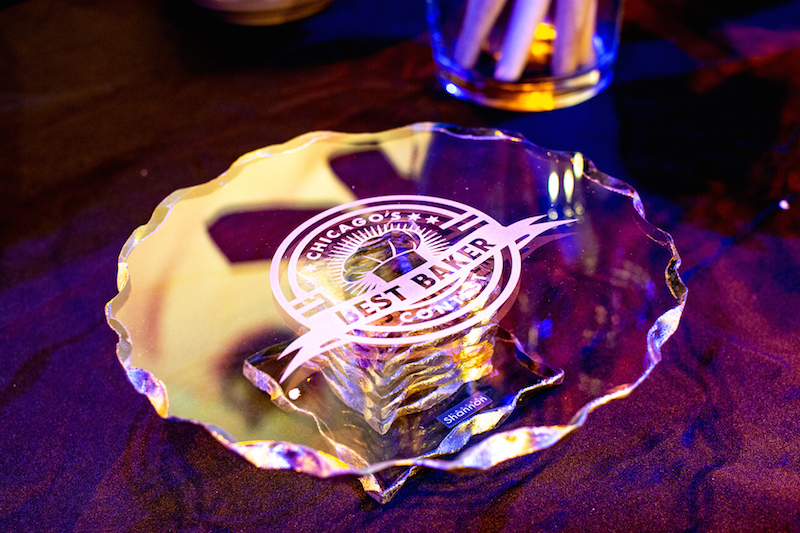 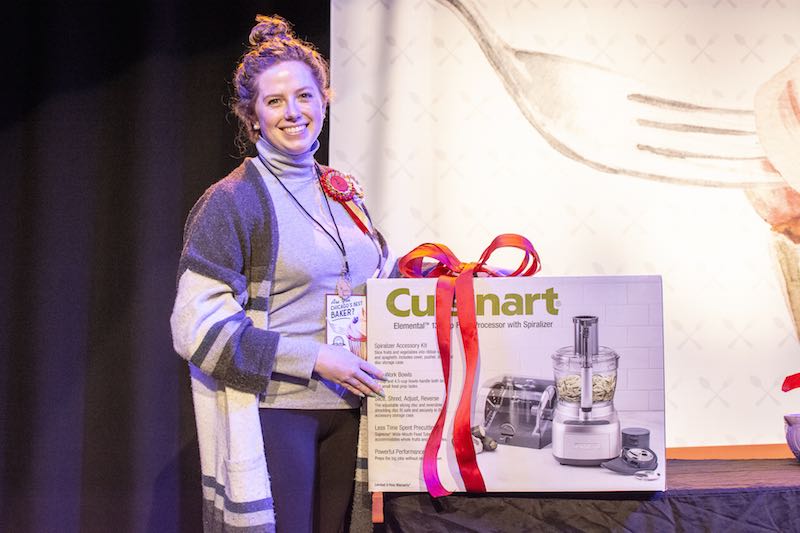 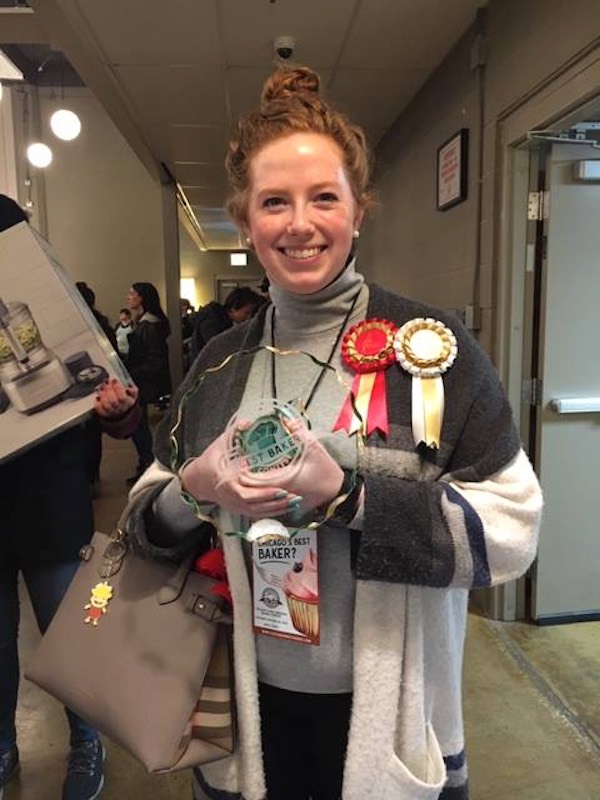 And a few minutes later, the crowd lined up for tastings. The proceeds from the event went to support Cornerstone Community Outreach, one of Chicago’s largest homeless shelters. For a five dollar donation, attendees could choose a category of baked items to taste, and most people chose several categories. When you’re eating for charity, the more the merrier! 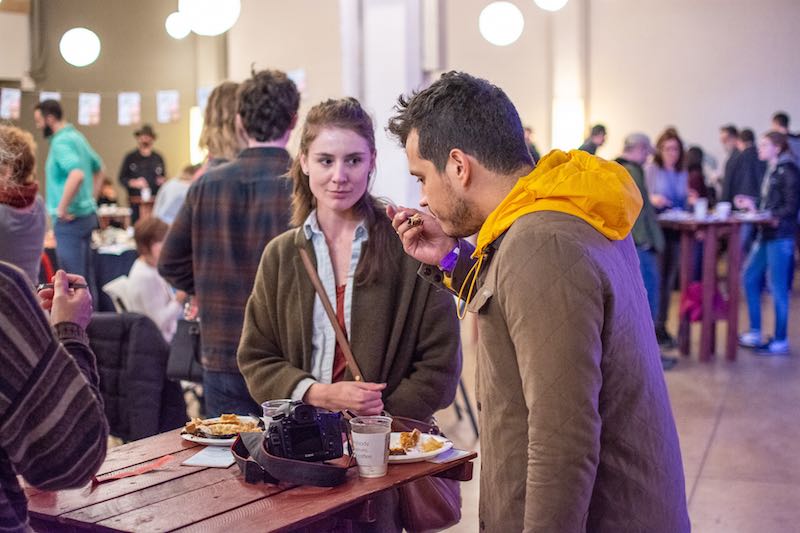 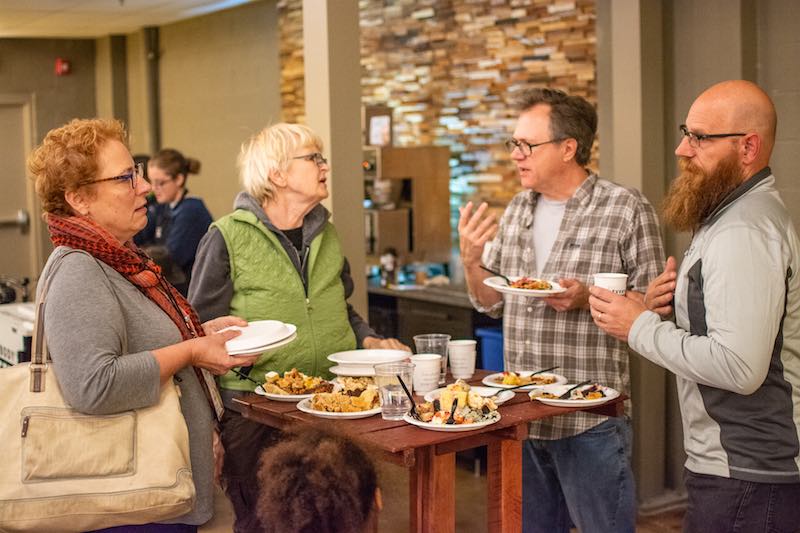 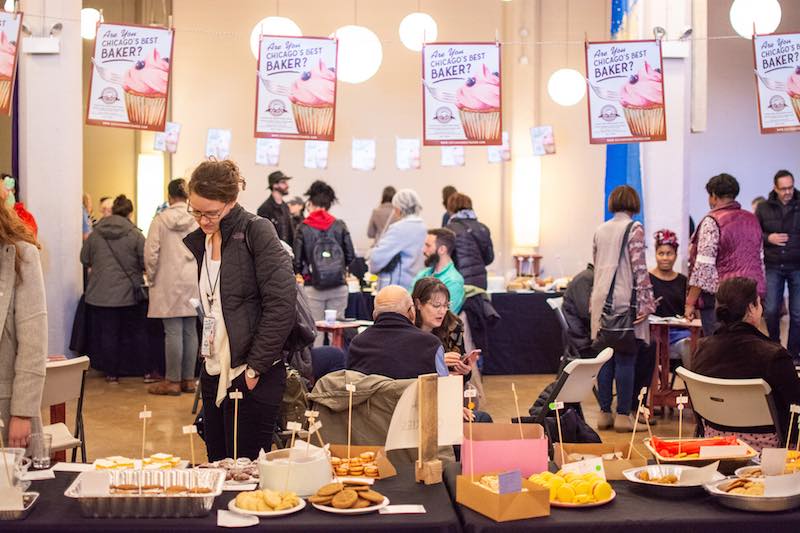 Here is what we now know about the amateur bakers of Chicago – they are generous, they are talented, they are determined, and they are truly the best! 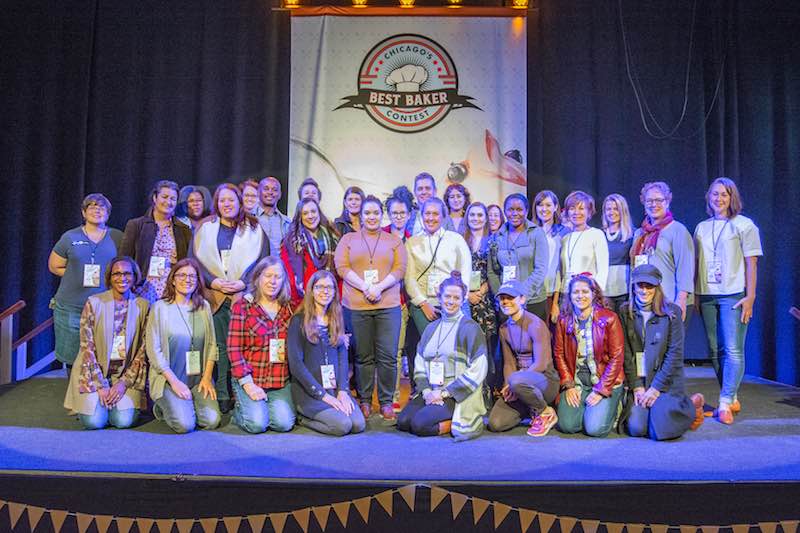 Thank you to everyone who baked, judged, tasted, cheered on the bakers, and made Chicago’s Best Baker Contest 2018 so much fun! See you next year! 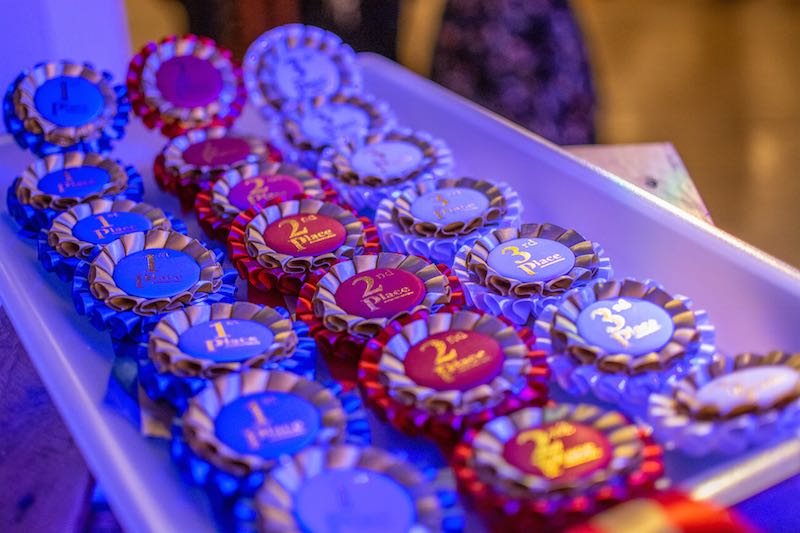